Not to be confused with Joe’s New York Pizza, Joey’s New York Pizza is different, from name to taste. There are two locations in Las Vegas, one in Henderson and another in Summerlin, so you can grab a bite of some quality New York-style pizza no matter what side of town you’re on.

Joey’s New York Pizza runs with the motto “A slice of Brooklyn in Las Vegas,” and you certainly get the sense that this place was made by New Yorkers the second you walk in. The accents of some of the employees are certainly from New York, there’s Yankees signage on the walls, and it smells like a NY pizza shop. The pizza is pretty good, too.

Owner Joey Miloro opened Joey’s NY Pizza so he could bring some authentic Italian eats to Nevada. Joey’s NY Pizza might specialize in pizza, but it serves up more than just hot pies on the menu. Joey’s NY Pizza has salads, hero subs, wings, Italian entrees, and even dessert. For those of us at Top Vegas Pizza, we’re all about the pizza, and that’s what we’re here to review.

Buttery Flavor That Stands Out

As you know, if you’re putting “New York” in your name when it comes to pizza, you’re setting a certain standard. In our experiences, Joey’s delivers good, quality NY-style pizza. The crust is done right so that it’s not too flimsy and you can get a good fold before taking a bite. There was also good bubbling to the crust and it held its shape well, which is generally a good sign that the temperature the pizza was baked at was just about right.

If we had one gripe about the crust, it’s that we wish there was a tiny bit more crunch, but that’s more of a personal preference thing. In no way was it under-cooked. The undercarriage of the pie had good structure and a crispiness to the bottom that we enjoyed. When we picked up a slice, it didn’t fall apart, and that’s always a must because we don’t want to eat a pizza that’s a big mess.

Upon biting into a piece of Joey’s pizza, the first thing that sticks out is the unique flavor. It’s different, but in a good way. We could best describe the taste as having a buttery hint, which could simply mean there is some butter applied atop the dough before the sauce and cheese are added. Whatever the case is, the buttery flavor is noticeable but not overwhelming. It works. If you were to blindfold us and give us a few similar slices of pizza to try, we’re confident we’d have no trouble being able to identify which slice is Joey’s. We kind of dig it.

We’re fans of the classic cheese pizza from Joey’s, but we’ve also tried the Grandma Pie. The Grandma Pie comes with fresh mozzarella, basil, and parmesan. The ingredients were certainly fresh and the pizza was pretty good. It did surprise us a little bit to open the box to find that the Grandma Pie was a round pizza and not rectangular like other grandma pizzas we’ve had, but the taste can rank right up there with some of the best.

The texture of the pizza throughout, from toppings through the dough, was pleasing. The outer rim of the crust was crispy with a nice crunch to it. It also had a hint of the buttery flavor we’ve become used to tasting when having Joey’s New York Pizza. The undercarriage of the crust was also crispy, although less so than the outer edge. The middle section and upper surface of the dough had an adequate amount of chewiness to it that wasn’t soggy, blended well with the fresh toppings, and contrasted nicely with the crispier undercarriage.

The sauce and mozzarella cheese pairing worked well with one another, and the amount of both kept the pizza on the lighter side, which allowed us to enjoy more of it.

As always, it’s best to rate a pizza on whether or not we’d order it again. We would certainly order the Grandma Pie from Joey’s NY Pizza again and would recommend you do, too.

Joey’s NY Pizza is good pizza and it’s priced fairly. The wings are pretty good, too, so don’t shy away from trying a pizza and wing combination. There is a reason this place always seems to be busy and it’ll be interesting to see Joey’s and Joe’s go head-to-head being in such close proximity to one another on Eastern Ave. in Henderson. 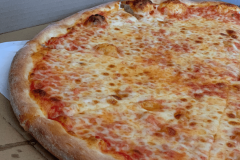 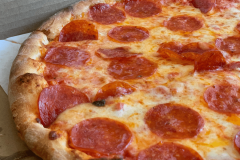 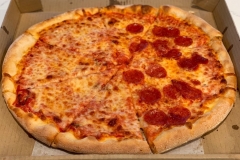 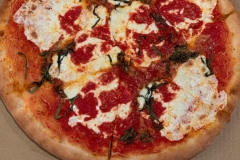 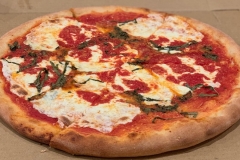 Here’s Why Pizza Is the Best Food